Two Tobacco Giants Get Involved in the Cannabis Industry

Philip Morris International not only has the first tobacco brand Marlboro, but also the famous Danone biscuits... is the world's largest tobacco company and the second largest food manufacturer in the world. 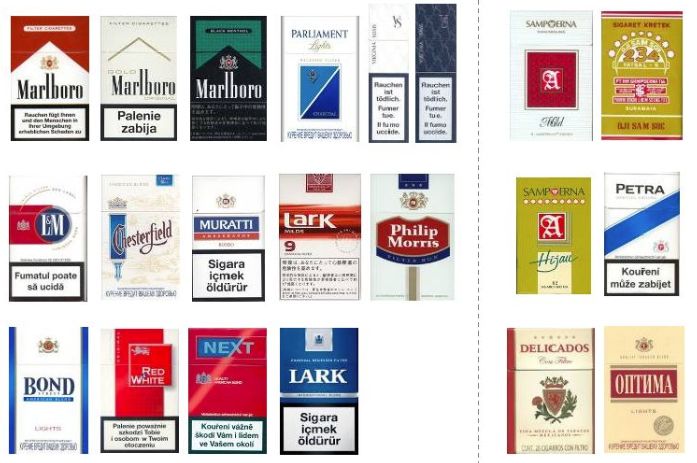 In the past few years, Fip International's European subsidiaries have applied for and obtained a series of patents related to terpenes, including marijuana... Now, Fip International has many patented products and the most popular products of cannabis pharmacies. Amazing similarities.

As shown above, 2014 ALG revenue is close to $24.52 billion. Some industry analysts predict that if ALG gains a 10% market share in the cannabis sector, its overall revenue will increase by about 16%. In fact, ALG can gain a bigger market share because it has a strong competitive advantage in distribution and branding. If it accounts for nearly 50% of the market, just like in the tobacco industry, ALG's income can almost increase. Doubled.

Imperial Tobacco is the world's fourth-largest tobacco manufacturer and one of the world's oldest tobacco companies, with 33 plants worldwide and products in more than 130 countries and regions.

Imperial Tobacco said in a statement that "cannabinoid products have great potential, and our investment enables Imperial Tobacco to support Oxford's important research while deepening its understanding of the medical cannabis market."

Why does tobacco love marijuana?

In April this year, Fip International announced that its first quarter net income and shipments were less than expected. The stock price plummeted 16%, the largest decline since its listing in 2008, and triggered widespread selling in the overall market.

In the first half of the report released by British American Tobacco in June, it is estimated that global tobacco sales will fall by 3.5% this year.

Possibly because the adverse effects of tobacco use on health are gaining increasing attention, a study previously published by the World Health Organization and the US National Cancer Institute shows: by 2030 The number of tobacco-related deaths is expected to increase from about 6 million a year to about 8 million a year. Some developed countries have started a war against the tobacco industry. In this case, the choices for tobacco companies are either Raising prices is either innovation.

So the tobacco giant is aiming at marijuana.

Nowadays, in addition to cigarettes, cannabis vape pen is easy to find in cannabis pharmacies in legal areas. Most of its active ingredients are THC or CBD. It is easy to carry, does not produce any smoke, emits a little odor, and can completely replace traditional electronic cigarettes and tobacco. In terms of THC, it can satisfy the pleasure, while on the other hand, CBD has the effect of quitting smoking and shrinking tobacco consumption in both directions.

Earlier, Pax Labs, known as the "vaping world of apples", introduced a new device, the marijuana vape pen, which is popular among consumers and designed to resemble apples by heating liquid form of cannabis concentrate. Come to feel.

The tobacco industry is also increasingly using smokeless equipment such as evaporators, which can easily be transferred to the cannabis industry. Peter Luongo, general manager of Philip Morris International Canada, said: Smoke-free equipment is a "reasonable entry point" for tobacco companies to enter cannabis.

According to data from BDS and Arcview Market Research, marijuana consumer spending will beat multiple consumer categories, including the tobacco industry, by 2020. Instead of being defeated, it is better to preempt.